Free Agents and their IOE

With the July moratorium (7/6, 11:00am CT) looming in as teams can begin officially signing players and making trades, I think it’s interesting to take a look into the free agents’ Individual Offensive Efficiency (IOE). I have attached the players’ games played, minutes, and the traditional stats. 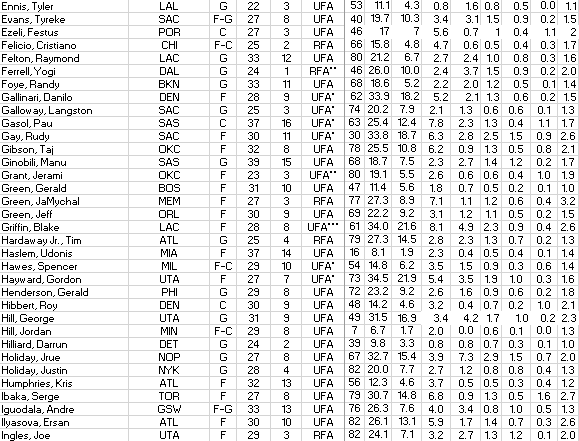 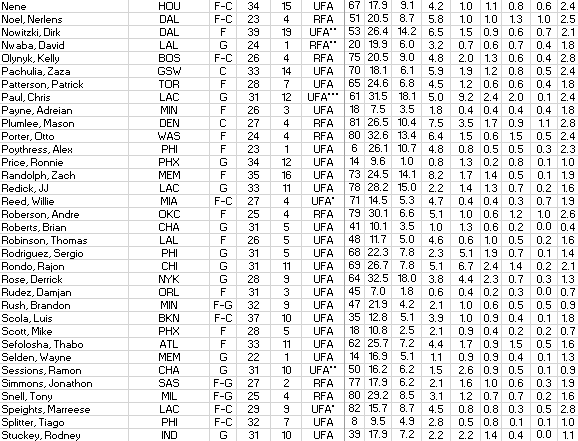 The formula for the IOE is Points Generated (PGEN) divided by Net Possession Terminated (NPT). The formulas are as below:

Now we will have a new list ranked by the IOE. Cristiano Felicio has the highest IOE while Jordan Hill has the lowest (because he did not record an assist). Note that this list is not accurate to judge a player’s overall offensive ability since a lot of these free agents are fringe players, meaning they played very few games and minutes, which won’t garner any statistical significance. This is manifested by the fact that eight out of the top ten players are reserves and aside from Andre Iguodala, none of the other nine players have averaged more than 20.1 minutes per game. However, this list is still interesting to look at as it shows where some of the rotation players stand. 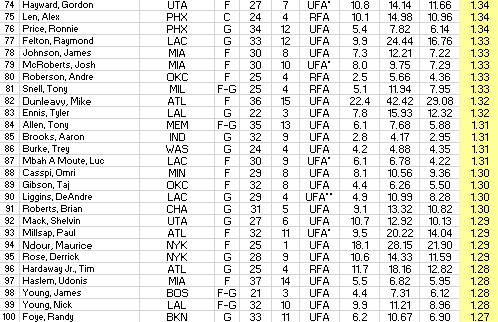 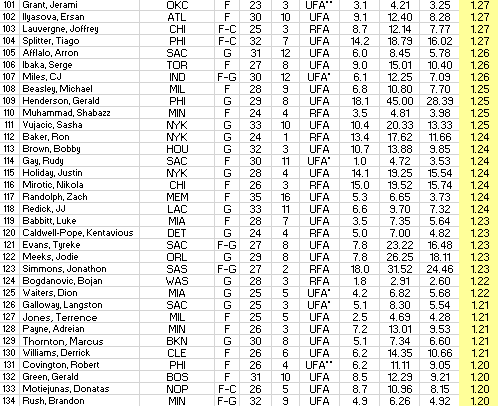 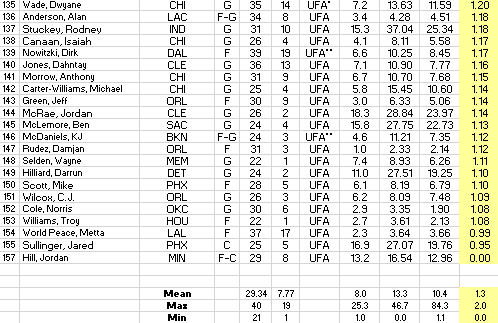 (all tables are created by me, and all sources of stats are courtesy of NBA.com as of July 2, 2017)

2006-2017: Centers and forwards whose blocks under-estimate their defense at the rim »
« Finding the perfect body in the 2017 NBA draft