2006-2017: Centers and forwards whose blocks under-estimate their defense at the rim

This is a follow up research for “Finding the Heavy-Footed Defenders.” To sum up, I selected all the centers and forwards who have appeared in at least 30 games and played at least 15 minutes in the regular season. And I plotted their block per minute stats against their respective opponent field goal percentage at the restricted area (provided by SportVU). With the relatively low R-Squared, it further validates that blocks are not a good metric to estimate a player’s defense. Below is the visual representation for the past 10 NBA seasons, from 2006-07 to 2015-16. Note that the hidden gems are the players who are located in the bottom left or bottom center of the chart—those are the players whose blocks under-estimate their actual defense. Click here to read the original research and click here to read the article on the NBA teams whose blocks under-estimate their actual defense at the rim. 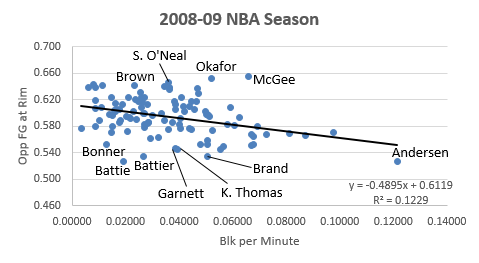 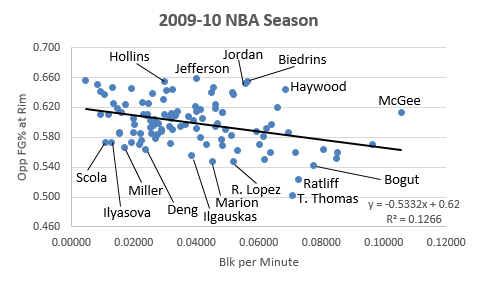 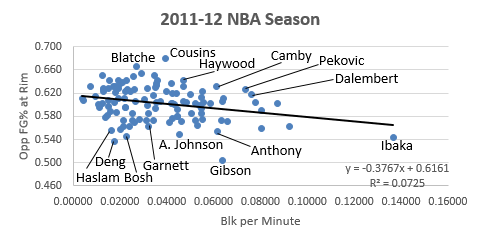 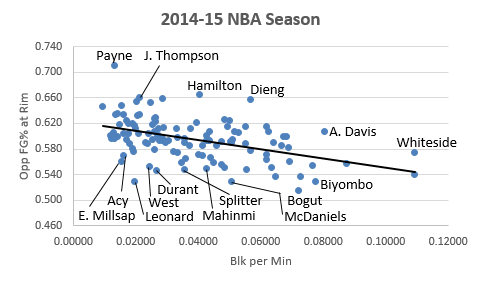 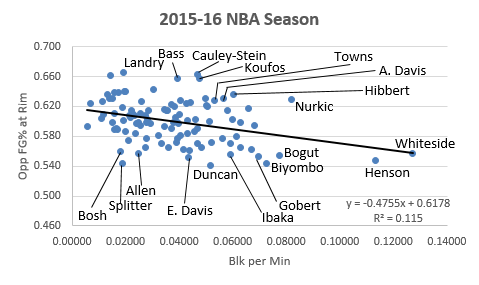 (all tables are created by me, and all sources of stats are courtesy of NBA.com’s SportVU player tracking as of August 6, 2017)

2006-2017: NBA Teams whose blocks under-estimate their defense at the rim »
« Free Agents and their IOE